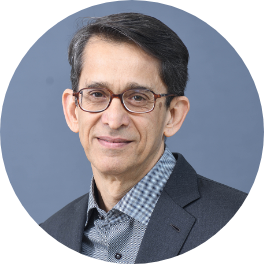 Ravi Pandit is the Co-founder and Chairman of KPIT Technologies Ltd. His vision as the founder of KPIT has steered the Company toward achieving leadership position as product engineering and IT consulting solutions and services provider, to three industries namely automotive & transportation, manufacturing and energy & utilities. He has been instrumental in shaping KPIT’s vertical focus strategy and building a unique partnership model based on the tenets of innovation and sustainable development.

Having run a Chartered Accountancy firm for close to a decade after finishing his master’s studies, Ravi decided to venture into Information Technology consulting and services, thus setting up KPIT, with his co-founder, in 1990.

Widely respected for integrity, innovation and dynamism, Ravi has successfully established and grown partnerships with customers, partners and industry bodies, setting benchmarks in corporate governance, regional cooperation and co-innovation. For his commitment to conducting business in an ethical manner and for the value KPIT partnership has brought to Cummins, Ravi was honored with the J Irwin Miller Award of Excellence by Cummins. He has been awarded the prestigious Rotary Excellence Award for exemplary leadership and outstanding performance.

Ravi has deep interest in social issues and is a founder trustee of Janwani, a NGO which is focused on improvements in urban India, and he is a founder trustee of the Pune International Centre, a National level think tank working on policy issues. He is a member of the board of management of Bhartiya Vidya Bhavan (a charitable public trust) and is a director of the Aga Khan Rural Support Program (India). He also serves on the board of Finolex Cables Ltd.

Ravi was a member of the Core-Group on Automotive Research Program Committee (CAR) a Government of India initiative for automotive industry and was on the Technology Development Board formed by the Department of Science and Technology, Government of India. He has served as the president of the esteemed Mahratta Chamber of Commerce, Industries and Agriculture and has been on the NASSCOM Executive Council twice.

Ravi is a gold medalist and fellow member of the Institute of Chartered Accountants of India, an associate member of the Institute of Cost and Works Accountants of India, and holds masters from Sloan School of Management, MIT, Cambridge, USA. In 2014, the prestigious Tilak Maharashtra University decorated him with an honorary D.Litt.
Always a topper in college and universities, he is a voracious reader, an avid trekker and enjoys listening to classical music. 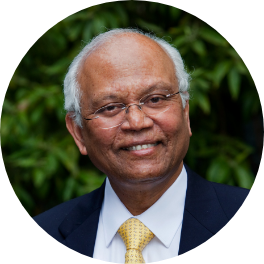 Dr. R.A. Mashelkar, National Research Professor, was the longest serving (1995-2006) Director General of Council of Scientific and Industrial Research (CSIR), also Chairman of National Innovation Foundation (2000-2018). He was the President of Indian National Science Academy (2004-2006), as also the President of Global Research Alliance (2007-2018).

42 universities from around the world have honored him with honorary doctorates, which include Universities of London, Salford, Pretoria, Wisconsin, Swinburne, Monash and Delhi.

Dr. Mashelkar has many firsts to his credit. He was the first Indian to win the most prestigious TWAS-Lenovo Science Prize (2018), which is considered as mini – Nobel Prize for developing world scientists, first Indian from India to be elected as Fellow of US National Academy of Inventors (2017), first Asian Scientist to win the Business Week (USA) award of 'Stars of Asia' at the hands of George Bush (Sr.), the former President of USA and the first and only scientist to win the JRD Tata Corporate Leadership Award (1998) so far.

Dr. Mashelkar spearheaded the successful challenge to the US patent on the use of turmeric for wound healing and also the patent on Basmati rice. These landmark cases have set up new paradigms in the protection of India's traditional knowledge base, besides leading to the setting up of India's first Traditional Knowledge Digital Library. In turn, at an international level, this has led to the initiation of the change of the International Patent Classification System to give traditional knowledge its rightful place.

Dr. Mashelkar has been on the Board of Directors of India’s most reputed companies, which include Reliance Industries Ltd. to Tata Motors Ltd. to Hindustan Unilever Ltd.,

In the post-liberalized India, Dr. Mashelkar has played a critical role in shaping India's science, technology & innovation policies. He was a member of the Scientific Advisory Council to the Prime Minister set up by successive governments for thirty years.

The President of India honored Dr. Mashelkar with Padmashri (1991), with Padmabhushan (2000) and with Padma Vibhushan (2014), three of the highest civilian honours. 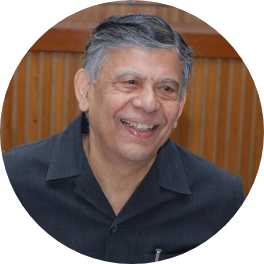 Leave a message for us